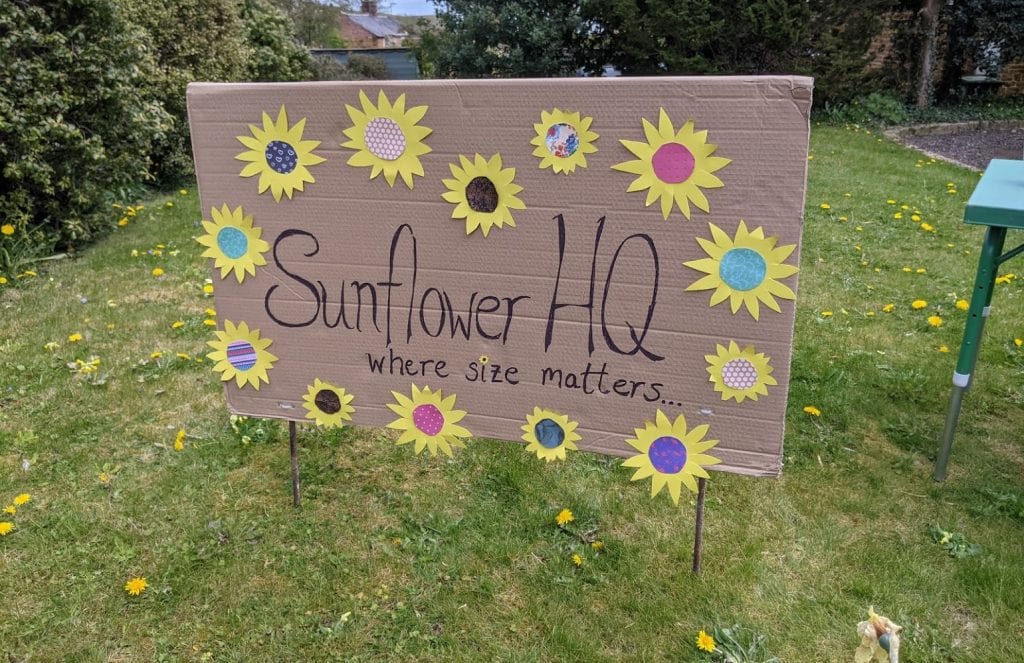 The locals in our village are a competitive bunch and what better way to channel that spirited enthusiasm than with a sunflower growing competition.

Preparations started in March when 120 sunflower seeds were plated in small pots. Over the next few weeks the strongest seedlings were potted on, until we had 60 strong plants ready to be claimed. 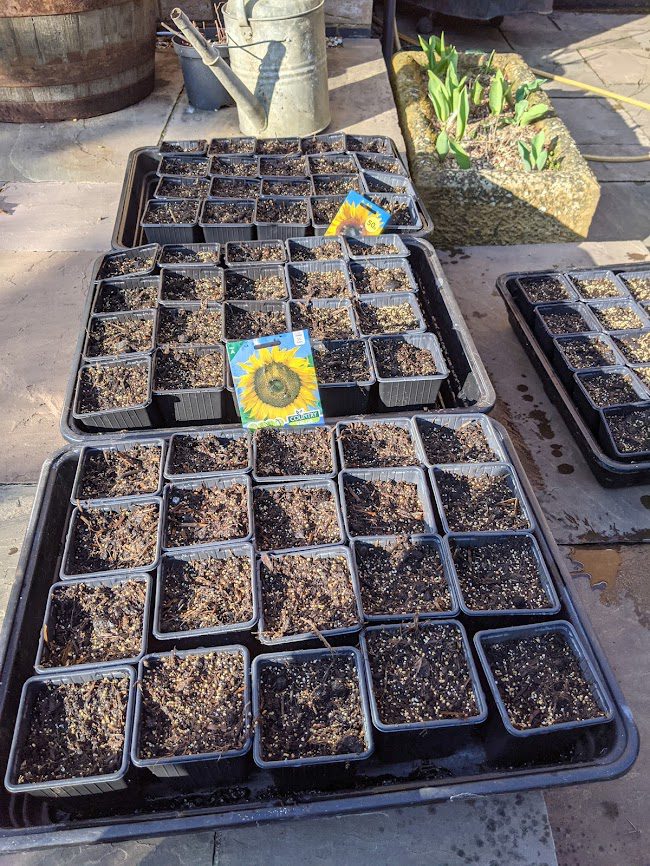 We used our village WhatApp group to launch the competition, and there was much anticipation as the day approached when the sunflowers would be available to go to their new homes. 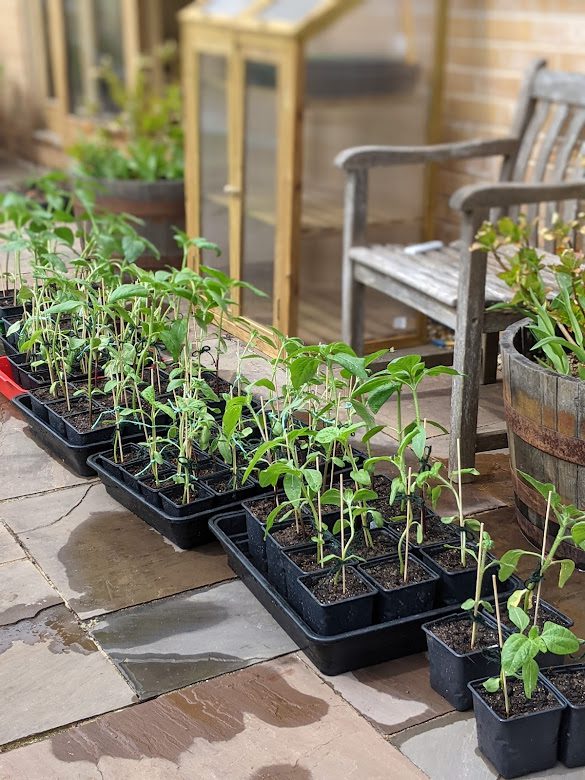 To ensure that the distribution of the sunflowers was conducted fairly, and we avoided a queue to ‘get there first for a big one’, each sunflower was given a name.  When people arrived to pickup their sunflower, they picked a name out of a hat.

We made a sign and some suitably decorated cupcakes, with any donations going to Papa’s 100 bike rides. 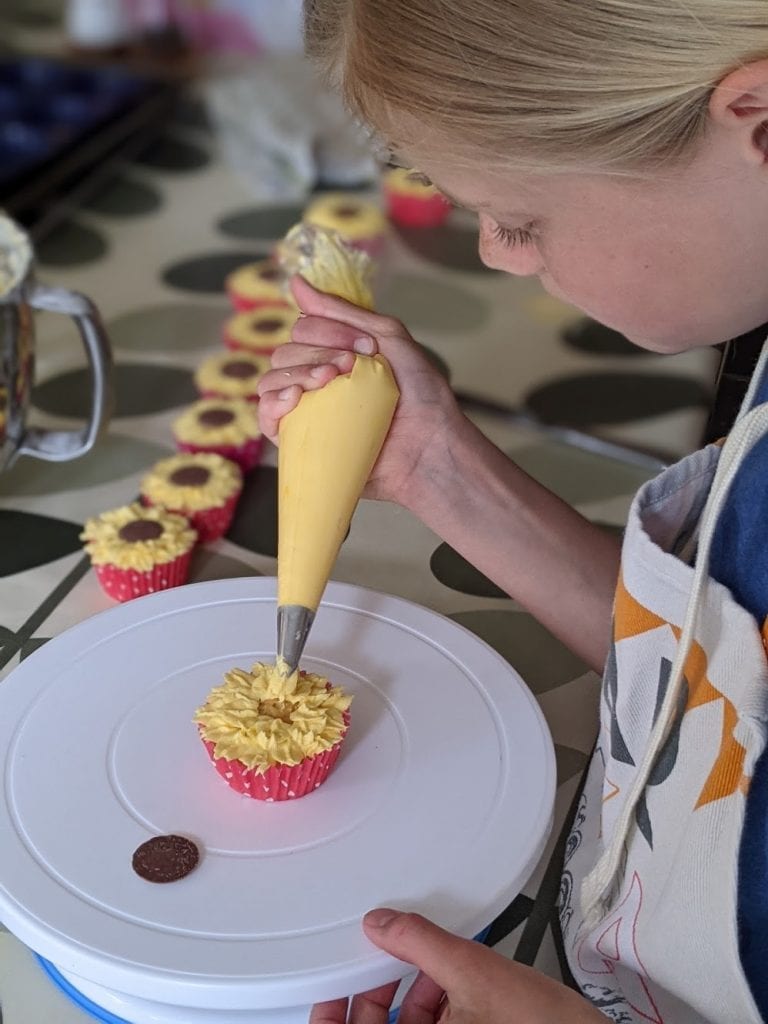 The collection of the sunflowers was lots of fun in itself – everyone seemed happy with their plants, and had a giggle at the names (Cyril, Louis XIV, The Winner, Icarus, etc). As people left we took some photos and they were shared on the village WhatApp. 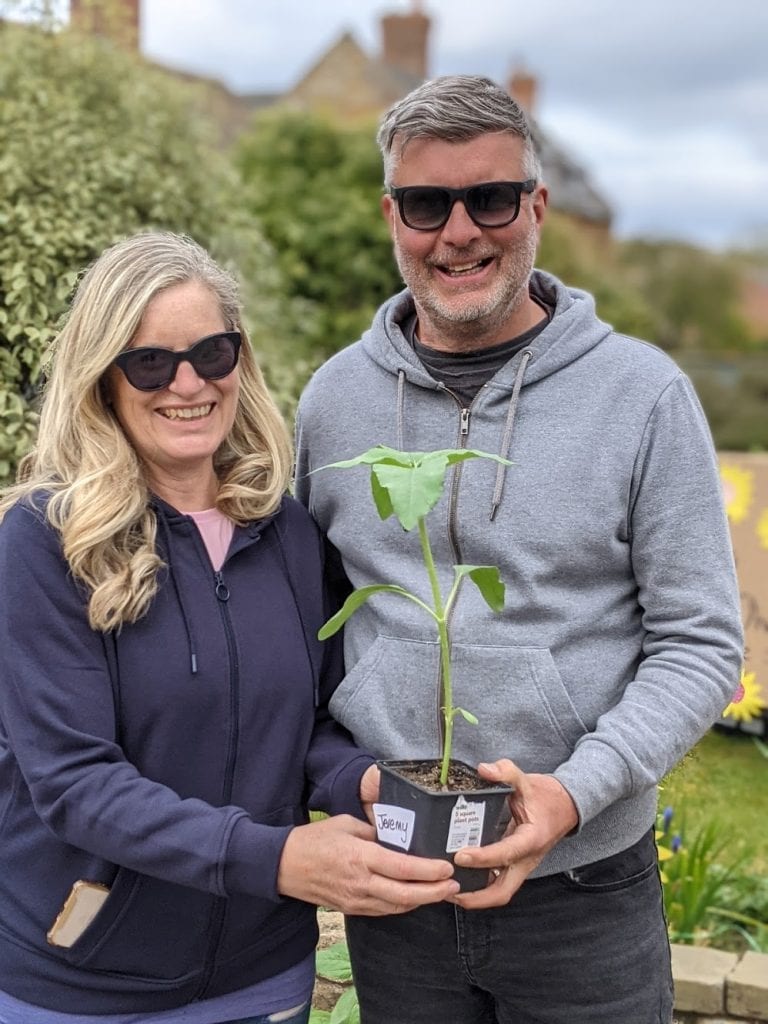 There are two prizes in our competition – tallest sunflower and largest seed head. We’ve already seen some friendly rivalry with photos of apparently HUGE sunflowers being circulated on WhatsApp. It’s all the camera angle.

In early August, the ‘sunflower officials’ visited each garden to measure the height of each plant and the width of each seed head. The was much anticipation for the results which was announced via a video on the village WhatsApp group. 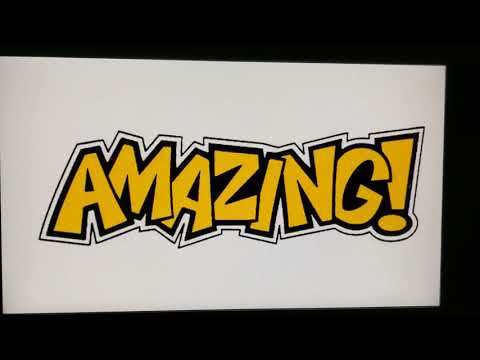 We had real fun organising the competition and are already thinking about next year. It’s this kind of activity that brings fun and laughter into a community and reminds us how fortunate we are to live in such a lovely place. 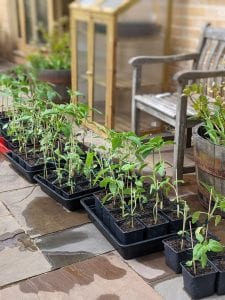 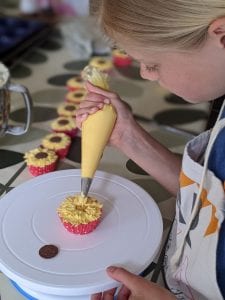 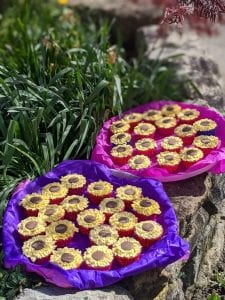 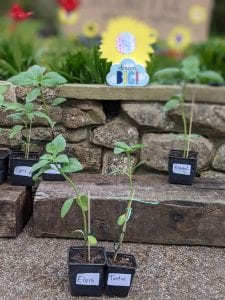 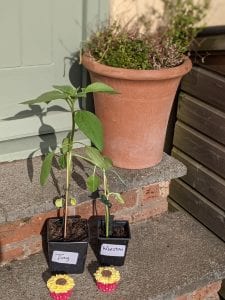 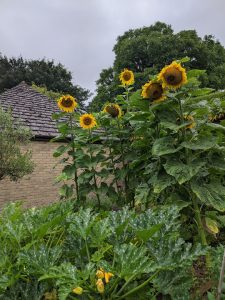