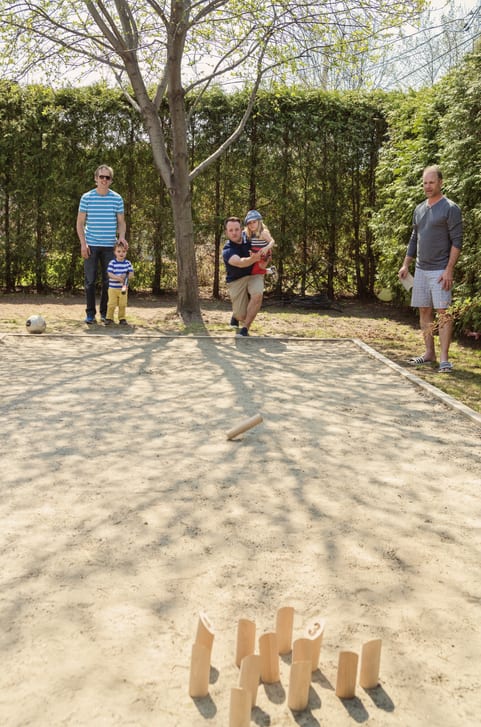 For as many summers as I can remember we’ve spent time camping in France.  As the sun goes down and the beers come out, the family friendly games start up and often continue until it’s too dark to keep going.

Two extremely popular games which attracted our attention turn out to both have their origins in Scandinavia. On our return to the UK we purchased them, and now they are a firm favourite with adults and children alike.

Now I pronounce this Koob, apparently others say Kub, regardless of how you pronounce the name, this game is often referred to as Viking chess – on a rather large scale.

Just like the pronunciation, there are many accounts of how it originated. A common version is that the game is quite ancient and originated over 1000 years ago. Legend has it the Vikings used to play the Kubb during the long light evenings of the northern summers using bones of conquered foes. Reassuringly, these days the pieces you play with are all made from wood.

Once you are familiar with the basics the game is quite simple, there is skill and strategy involved but just enough to make it accessible to any player and it can be picked up easily by school age children – think skittles with a bit more going on. 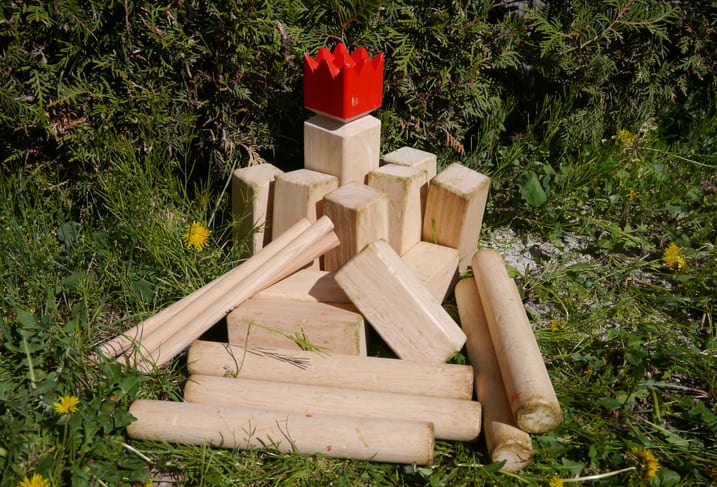 The aim of the game is to knock over your opponent’s King but not before you have knocked down all their soldiers.

There is even a UK championship click here for further details.

This is another extremely entertaining garden game. Mölkky is loosely based on a game that has been played for centuries, called Kyykkä – also known as Finnish or Karelian Skittles.  Its history is somewhat less exciting that the bone throwing Kubb, and it was created by the company Lahden Taikkaopen in 1996. It was given the name Mölkky which was made up by its creators and has no actual meaning. It was probably inspired by the Finnish word pölkky, which means block of wood. It requires both skill and precision, but also a strategical mindset.

The aim of the game is to score exactly 50 points. The players use the throwing pin ((the Mölkky) to try to knock over wooden pins, which are marked with numbers from 1 to 12.  Knocking over one pin scores the amount of points that is marked on it. Knocking over two or more pins scores the number of pins that were knocked over. After each throw, you stand the pins up again in the exact location where they landed. 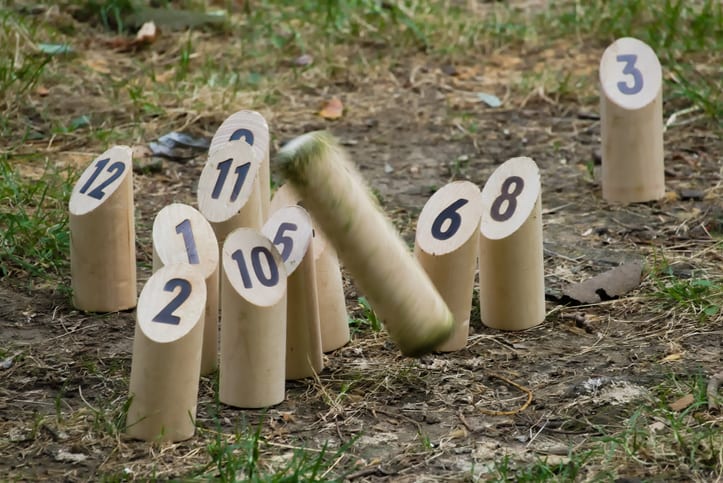 The first one to reach exactly 50 points wins the game, but if a player scores more than 50 points, their score is set back to 25. A player that misses all of the target pins three times in a row is eliminated from the game.

Having reread that, it does sound complicated, but trust me it isn’t. Mollky is definitely a fun game for all the family and even has some maths thrown in for good measure.